On 26 November 2015, a prototype telescope proposed for the Cherenkov Telescope Array, the Gamma-ray Cherenkov Telescope (GCT), recorded CTA’s first ever Cherenkov light while undergoing testing at l’Observatoire de Paris in Meudon, France. The GCT is proposed as one of CTA’s small size telescopes (SSTs), covering the high end of the CTA energy range, between about 1 and 300 TeV (tera-electronvolts). Another SST prototype, the ASTRI telescope, captured the first optical image in May 2015 with its diagnostic camera.

In the two weeks leading up to the GCT prototype inauguration event on 1 December, the GCT team battled poor weather to install and begin testing the GCT camera (Figure 1). On the evening of Thursday, 26 November, they turned the telescope away from a nearly full moon and the bright lights of Paris towards a clear patch of sky. After 20 seconds, a single event triggered the camera, then another – in just over 300 seconds 12 events were captured. These triggers could have been caused by fluctuations in the bright night sky, but it was instantly clear that they were, in fact, what the team was looking for – images of air showers created in the atmosphere by cosmic rays.

The image shown in Figure 2 is one of the events captured by the team. It shows the maximum amount of light captured in each of the camera’s 2048 pixels over 100 frames. CTA astronomers will use images like this to determine the incoming direction and energy of the particle that created the air shower.

“With the tough weather conditions, we only had about an hour-long window to gather as much data as we could,” said GCT Camera Coordinator Dr. Richard White. “We look forward to clearer, darker skies so we can test the camera’s performance in more ideal conditions.”

“This is a major milestone for the GCT and we hope for CTA.” said GCT Spokesperson Prof. Tim Greenshaw. “Our design for the CTA telescopes that will detect the highest energy light hitting the earth’s atmosphere from space has been proven to work; we are one step closer to developing a deeper understanding of where and how that light is produced.”

Hélène Sol, Research Director at Centre National de la Recherche Scientifique (CNRS) and GCT Deputy Spokesperson added: “I would like to congratulate all the GCT team who have made this possible, especially the group who worked day and night over the last couple of weeks to get these pictures.”

In order to detect the short flashes of light produced by cosmic rays and gamma rays as they hit the earth’s atmosphere, the telescope's camera has to be about a million times faster than a DSLR camera. To do this, it uses high-speed digitisation and triggering technology capable of recording images at a rate of one billion frames per second and sensitive enough to resolve single photons.

These first pictures are just the beginning for the GCT. The prototype telescope and camera will undergo rigorous testing over the next year, then the team intends to build 35 cameras and telescopes for the CTA Observatory based on the results of the testing process.

“We’re extremely pleased with the progress and performance of the GCT prototype and all of the CTA prototypes,” said CTA Project Manager Christopher Townsley. “We look forward to seeing the results of further testing as we near the construction phase of the project.” 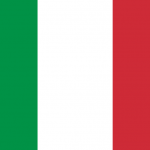 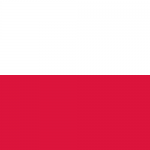 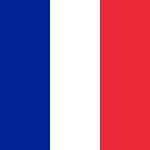